Best part of the week was my solitary writing retreat, reading Mary Oliver’s poetry and Emergent Strategy by adrienne maree brown. More in my next weeknotes.

One of my friends asked for advice on what to do about seasonal allergies, so I put together some resources. Maybe you’ll find them useful. I get hayfever from February to September, and going to see doctors has provided limited help, so I’ve looked up lots of stuff about it!

Dr Michael Greger shares the science for why the foods we eat can help with hayfever, in Best Food for Hay Fever (Seasonal Allergies) and Preventing Allergies in Adulthood.

You can get a summary of all his advice on allergies in 15 minutes of audio in Coping with Allergies.

Washing hair and showering when you get in from outdoors should help, but I’m black and can’t be washing hair every day… I wash my face when I get in, especially my eyes and nose.

You can use petroleum jelly or haymax inside your nose to block pollen. I’ve tried both, I don’t know which works better.

Take anti-histamines, every day, at (or, at least around) the same time as much as possible. One report I read said at night best, another said first thing in the morning best, can’t remember what / where the reports were, and I might have been misinterpreting them, but it seemed like there wasn’t an agreed best time. I take mine as late as possible at night (usually in the middle of the night because I wake up then anyway).

If you didn’t do it this year, next year start take anti-histamines before you get symptoms. I manage this by putting in my calendar when I start getting symptoms and setting a reminder now for a bit earlier next year to start taking them.

Symptoms are usually worse on waking and in the evening, so I try and do more anti pollen/allergens things then.

I’ve read stuff about avoiding food with histamines during the season. However, there are loads of foods containing histamines, and also different lists include different foods, and also the season is 3/4 of the year for me… So, I don’t follow that too closely, but I do tend to limit my consumption of some of those foods in summer when my allergies are at their worst.

There are also some things that help with symptoms, like eating raw onions. I don’t like eating raw onions, so I don’t do it much, but I do feel that it helps when I do. They contain quercetin, which you can get in pill form. I’m dubious about most supplements unless/until I see Dr Greger cover them though. I’ve read that pineapples contain bromelain, which I read helps with allergy symptoms.

Also, anti-inflammatory foods are good for reducing inflammation, naturally, and allergies are an inflammation response, so plant foods, especially superfoods are a good shout.

I don’t have references for these last food-based things, and I’m not a doctor. I feel comfortable following these recommendations because even if they turn out not to be true for allergies specifically, they’re still good for my overall health.

Started watching films again, which is nice. Also, watched a bunch of Green Wing, but not liking what it’s doing with Season 2 (includes sexual assault), so that’s the end of that. Next up is Year of the Rabbit, a Channel 4 series.

The game is definitely rigged against you. But there are also cheat codes.

5 Things We’re Afraid to Admit We Want From Life, I found this article fascinating! 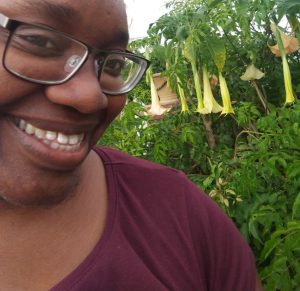